In the following article we will review the different types of networks analyzing each case and specifying the pros and cons of each.

Centralized data networks are those that maintain all the data in a single computer, location and to access the information you must access the main computer of the system, known as “server”.

On the other hand, a distributed data network works as a single logical data network, installed in a series of computers (nodes) located in different geographic locations and that are not connected to a single processing unit, but are fully connected between Yes to provide integrity and accessibility to information from any point. In this system all the nodes contain information and all the clients of the system are in equal condition. In this way, distributed data networks can perform autonomous processing. The clear example is the blockchain, but there are others such as Spanner, a distributed database created by Google.

ADVANTAGES AND DISADVANTAGES OF CENTRALIZED, DECENTRALIZED AND DISTRIBUTED DATA NETWORKS. 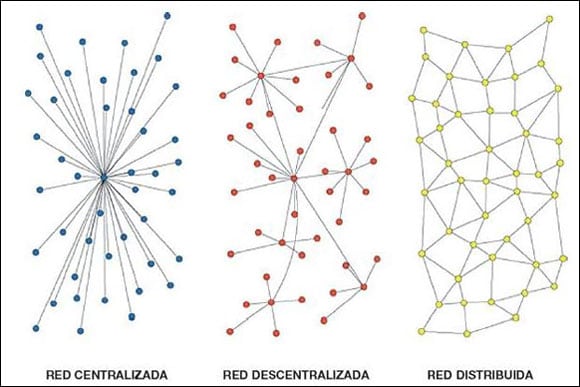 But this in turn is its main disadvantage: the centralized ones are very unstable, since any problem that affects the central server can generate chaos throughout the system. However, the distributed ones are more stable, by storing the totality of the system information in a large number of nodes that maintain equal conditions with each other.

This same feature is what gives distributed networks a higher level of security, since to carry out malicious attacks would have to attack a large number of nodes at the same time. As the information is distributed among the nodes of the network: in this case if a legitimate change is made it will be reflected in the rest of the nodes of the system that will accept and verify the new information; but if some illegitimate change is made, the rest of the nodes will be able to detect it and will not validate this information. This consensus between nodes protects the network from deliberate attacks or accidental changes of information.

In addition, distributed systems have an advantage over centralized systems in terms of network speed, since as the information is not stored in a central location, a bottleneck is less likely, in which the number of people Attempting to access a server is larger than it can support, causing waiting times and slowing down the system.

Also, centralized systems tend to present scalability problems since the capacity of the server is limited and can not support infinite traffic. Distributed systems have greater scalability, due to the large number of nodes that support the network.

Finally, in a distributed network the extraction of any of the nodes would not disconnect from the network to any other. All the nodes are connected to each other without necessarily having to pass through one or several local centers. In this type of networks the center / periphery division disappears and therefore the filter power over the information that flows through it, which makes it a practical and efficient system. 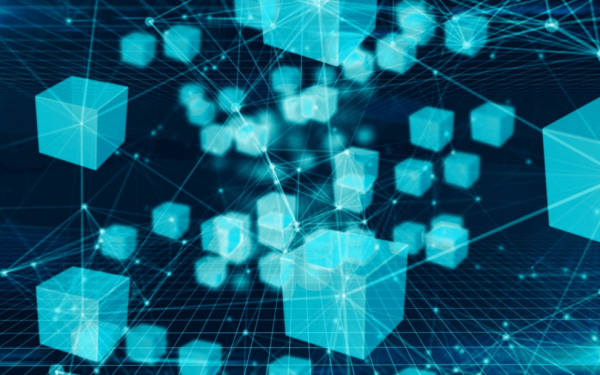 But there are two characteristics that really differentiate the blockchain from the rest of the data networks: the access control for writing and reading data is truly decentralized, unlike other distributed data networks where it is logically centralized, and the ability to secure transactions no need for trusted third parties in a competitive environment.

The blockchain has unique characteristics over the rest of the available data networks. However, this does not mean that for all possible cases of data storage the best option is always to use the blockchain, since this really depends on the needs and requirements of a company or organization when using a database. data. But if you are looking for a storage configuration in which data is easily available, lowering operating costs by distributing them among the nodes that operate the system, where you would never have to modify the past data and would like to have a permanent record of them. , and if the data must be immutable and of totally public access, then the answer is the blockchain.

Do you have a business? Would you like to validate the potential of blockchain to make it more profitable and efficient?

At iCommunity, we know that the key is not to invest to invest in revolutionary systems, but to study in depth the needs of companies, assess the possibilities and evaluate the return that each innovation will have.

Our solutions provide real benefits, which can boost your company by making it more profitable and competitive.

Tell us about your project and we will advise you without obligation.

Yes! I want to transform my company.