What is IFPS? The hard drive for Blockchain.4 min read

PFS (Interplanetary File System) is essentially a file system that allows you to store files and track versions over time, much like Git, keeping track of them on a distributed network, somewhat like BitTorrent.

This storage system allows direct interaction through a secure and global P2P network. By combining these two properties, IPFS enables a permanent new web and augments the way we use existing internet protocols like HTTP.

Since its introduction in 2016, IPFS has seen great improvements and adoption by both individuals and business organizations. This system allows users to share files and information without barriers. IPFS works well with large files that can consume or require high bandwidth to upload and / or download over the Internet. The rapid adoption of this distributed file system happened in part because IPFS is designed to operate over different protocols, such as FTP and HTTP. To store data, IPFS uses a DHT or distributed hash table. Once we have a hash, we ask the peer network who has the content located in that hash, and we download the content directly from the node that has the data I want.

The core idea that the developers built IPFS with, is to model all the data as part of the Merkle DAG itself. However, the popularity and effectiveness of IPFS as a distributed file system also creates security and access control concerns. In a distributed network like IPFS, when an object is loaded onto the network, anyone who has access to the file’s hash address can access its content

Blockchain is a decentralized data management platform that provides immutability, therefore it is a good choice to support file traceability metadata on a distributed file system like IPFS. We can say that thanks to the great similarity IFPS is the best friend of blockchain. 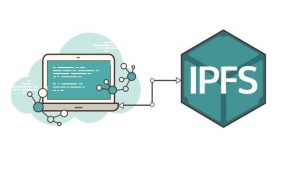 At iCommunity we use IPFS, in order to have a storage system that cannot be altered by one of the parties without the authorization of all the others, and does not have a single point of failure. IPFS assures us that the data included in this network are unique (they are uniquely identified by an identifier) and are protected against modifications, making this data immutable. In the event that this data is changed, a new “hash” identifier is generated, which would not coincide with the one stored in the blockchain for the recorded data.

Due to the similarity in their structure, IPFS and blockchains can work well together. IPFS would connect all these different blockchains in a similar way to how the internet connects all websites. Just as we can link one page with another through a link, a link can be placed in Ethereum that links it to another network, for example.

Generally speaking, the future of IPFS and blockchain is closely related. Everything indicates that both technologies will serve to consolidate the engine of decentralized finance and applications.

The benefits of IPFS are revolutionizing the current technology sector, causing large companies to implement it in their processes. Netflix, Opera or Chrome are some companies that rely on this technology. But what does it really mean that we can safely store data on a distributed network? It means that we can optimize and improve the operation of all the processes that happen on the internet.

Within these use cases, we can highlight several companies that are implementing them effectively: